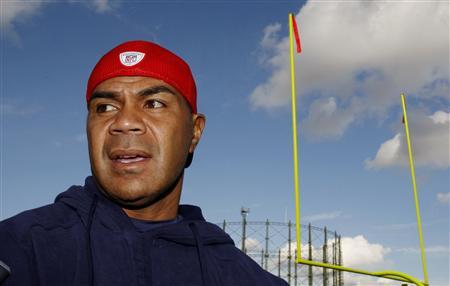 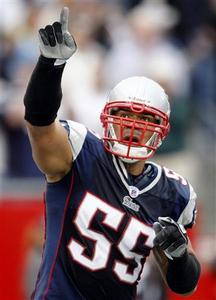 (Reuters) – Football great Junior Seau‘s brain will be examined for evidence of repetitive injuries from his playing days following the retired linebacker’s suicide in his California beachfront home, a pastor for the family said on Friday.

Seau, a 12-time Pro Bowl (all-star game) selection who played for 20 years in the National Football League, was found unconscious at his home by his girlfriend on Wednesday with a gunshot wound to the chest and a revolver nearby, police said.

Pastor Shawn Mitchell, a former chaplain for Seau’s longtime team, the San Diego Chargers, said he did not know who would study Seau’s brain at the request of the family.

“They believe that through allowing this procedure, it will allow the betterment of other individuals and athletes in the years ahead,” Mitchell said. “Their thought is, if it can benefit others, then it’s probably worth going forward with.”

Seau’s death at age 43 comes at a time of heightened scrutiny of the effects of repeated blows to the head in football, and the potential for such injuries to contribute to depression and long-term health problems in players.

The San Diego County Medical Examiner’s Office, which found in an autopsy on Thursday that Seau’s death was due to suicide, has said a study of the brain for repetitive injury would have to be conducted by outside researchers.

The Brain Injury Research Institute is one of the groups seeking to obtain Seau’s brain, said Garrett Webster, an administrator and family liaison for the organization.

Its Northern California-based co-director Dr. Bennet Omalu, who has conducted examinations on at least 30 brains of former NFL players, flew to San Diego the day of Seau’s autopsy on Thursday and met with his family, Webster said.

Boston University, which in 2010 received $1 million from the NFL for its center that conducts research on long-term effects of repetitive brain trauma, was also vying for a chance to do the research, Webster said.

Both groups “are going after it very hard” but not in a way that is disrespectful to the family, Webster said. “The important thing is that someone gets it and learns something from it,” he said.

Seau’s death was at least the third apparent suicide by a former NFL player since February 2011, when 50-year-old former Chicago Bears defensive back Dave Duerson shot himself in the chest and left a note asking that his brain be studied.

An examination of Seau’s brain for evidence of damage caused by concussions, or chronic traumatic encephalopathy (CTE), would likely involve looking for the profusion of a protein called tau, which is also found in the brains of Alzheimer’s patients.

Such a study can reveal if a person had the beginning stages of the degenerative brain ailment or a severe case, and initial results can be obtained in anywhere from a couple weeks to three months, Webster said.

More than 1,500 former football players have sued the NFL over head injuries, and accused the league of concealing links between football and brain injuries. The NFL disputes those allegations, and said it has taken steps to protect players.

“We are relentless in our approach to making the game even safer and continually modify rules to take dangerous techniques out of the game, which is true over the history of the NFL,” Brian McCarthy, a spokesman for the league, said in a statement.

“As part of the most recent collective bargaining agreement with the players, we’ve committed $100 million over the next nine years to medical research with the vast majority going to brain research,” he said.

The league has focused in recent seasons on health and safety issues. It has cracked down on hits to the head, and stiffened rules that bar players from using their helmets as a weapon through head-first contact, which is subject to fines and suspension for repeat offenders.

On Wednesday the league suspended four players, including one for the entire 2012 season, for their role in the New Orleans Saints‘ bounty scheme that paid players for hurting opponents.

It also sent memo to all 32 NFL teams to re-emphasize that any program of non-contract bonuses is a violation of league rules.

Seau, who played for the Miami Dolphins and New England Patriots after leaving the Chargers, retired after the 2009 season. He lived in Oceanside, just north of San Diego.